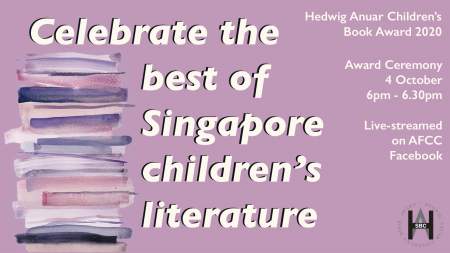 The Hedwig Anuar Children’s Book Award (HABA) is presented biennially to an outstanding children’s book written by a Singapore citizen or Permanent Resident. Six books have been shortlisted for HABA 2020. Find out more about the books below!

The award ceremony for HABA 2020 was held online for the first time and was live-streamed on the Asian Festival of Children’s Content (AFCC)’s Facebook last 4 October 2020 (SGT). Check out the award ceremony below:

Congratulations to Ken Kwek, and Lolita Chiong for winning HABA 2020 for Kelly and the Krumps!.

“We were delightfully entertained by the winning entry. The plot was gripping and kept one glued right till the end. It encompassed such a strong local flavour, yet maintaining a balance of international appeal. The author has a keen understanding of the local child's world and right from the start, connected with it, cleverly weaving in the plight of the dreaded seemingly  unsolvable maths problem encountered by every local child in preparation for the ultimate exam—the Primary School Leaving Examinations. At the same time, it taps on the universal feeling of anxiety and fear of exams.

Authenticity is a draw in the narration as it lends a certain cadence of naturalness. Dialect is interspersed with youth lingo and internet speak. Where it is not clearly understood from the context, explanations were provided but not in a stilted and out-of-place manner. Diversity and inclusiveness is also tended to in the selection of characters, making for a rich setting where the reader meets with a wide variety of personalities.

One of the greatest strengths of this book is the strong humour, which is a definite appeal for its target audience. Coupled with smatterings of tongue-in-cheek illustrations (done in high quality, though they seem an imitation of Quentin Blake's style), the rambunctious and lively tone of a spirited child is conveyed. This keeps the entire work tightly knitted, shifting away from the concept of an obedient and docile Asian child to one of a liberalized and independent-thinking child. Any child reading this would be injected with a sense of empowerment.

The overall design of this book has high interest appeal. It is eye-catching and of high quality. The cover itself draws you in with its quirky green and a string of enticing antics. The well-spaced text and layout of the book makes it an easy and comfortable read. With both strong content and high aesthethic appeal, the book sealed the winning spot.” 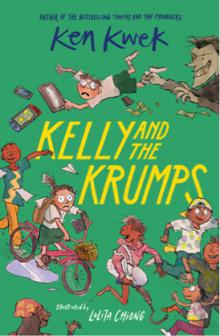 Kelly Mao has got quite the headache: her tiger mum is threatening to ground her, her tuition timetable barely gives her time to eat, and she suspects her twin brother is up to something. On top of everything, the PSLE is looming! When the pressure gets too intense, Kelly decides to secretly join a dance crew called the Krumps, but slowly she gets entangled in her brother’s troubles with an evil genius named Fang Boy.

Ken Kwek is a screenwriter, film director, playwright and author of the best-selling Timothy and the Phubbers, his first children's novel. Ken studied literature at the University of Cambridge and dramatic writing at New York University. He worked as a journalist and a cook for a few years, then wrote and directed several movies.

Lolita Chiong is the illustrator of Timothy and the Phubbers. She is currently studying illustration with animation at Nanyang Academy of Fine Arts. She loves drawing cartoons, pixel art and comics. In her spare time, Lolita loves going to the bird park to draw the birds, and the prawning pools to catch prawns. She also loves eating chicken nuggets with her boyfriend.

“It was not an easy deliberation with so many entries of such high quality. We considered each entry in its appeal to its intended audience and how it would measure up in its own genre. Generally, we kept to the criteria guidelines—literary merit, visual merit, readership appeal, and originality, The shortlisted books stood out from the rest in their masterful narration of original subject content with a strong interplay of text and visuals.

We are indeed privileged to have read and viewed such a wide array of children’s books that are locally written. We are heartened that among us exist such promising writers and illustrators that are on their way to making a mark not just locally but also internationally. We look forward to a rich and vibrant scene in children’s literature especially in a world we can call our own”. 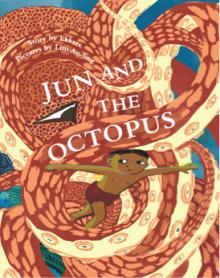 JUN AND THE OCTOPUS

Jun has a secret. It is about Mok, the uncle from the neighbouring village who has come to help Ma and Pa. Jun is happy that Mok has taught him how to swim, but there is something that Mok does which worries him and gives him nightmares. What should Jun do? What will happen to him?

Ekkers (Goh Eck Kheng) is a book editor and the founder of publishing house Landmark Books. He is a keen photographer and potter, and also a long-time collector of children's books. He was the chairman of the Speak Good English Movement and participated in a volunteer children’s reading programme at one-room HDB flats. Eck Kheng is the author of two children’s books, Jun and the Octopus and Friends, A Counting Book.

Lim An-ling is an animator and illustrator. Her hand-made animated short film has been shown in major animation festivals. She has illustrated fiction and non-fiction books for both adults and children. She has also worked on mixed media projects for the Singapore Discovery Centre and illustrated several issues of Singapore stamps.

Kelly Mao has got quite the headache: her tiger mum is threatening to ground her, her tuition timetable barely gives her time to eat, and she suspects her twin brother is up to something. On top of everything, the PSLE is looming! When the pressure gets too intense, Kelly decides to secretly join a dance crew called the Krumps, but slowly she gets entangled in her brother’s troubles with an evil genius named Fang Boy.

Ken Kwek is a screenwriter, film director, playwright and author of the best-selling Timothy and the Phubbers, his first children's novel. Ken studied literature at the University of Cambridge and dramatic writing at New York University. He worked as a journalist and a cook for a few years, then wrote and directed several movies.

Lolita Chiong is the illustrator of Timothy and the Phubbers. She is currently studying illustration with animation at Nanyang Academy of Fine Arts. She loves drawing cartoons, pixel art and comics. In her spare time, Lolita loves going to the bird park to draw the birds, and the prawning pools to catch prawns. She also loves eating chicken nuggets with her boyfriend. 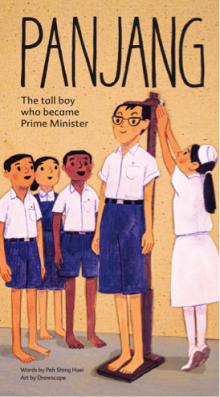 Panjang is the tallest kid around. He hates standing out, but little does he know, he's on his way to greater heights…This book tells the childhood story of Singapore's second prime minister, Goh Chok Tong, and how he conquered his self-consciousness to become a leader. This "tall" tale inspires children to embrace the things that make them different.

Peh Shing Huei is a Singapore Literature Prize-winning author of several books, including the bestseller Neither Civil Nor Servant: The Philip Yeo Story. He is a founding partner of content agency The Nutgraf, and former news editor and China bureau chief at The Straits Times.

Drewscape (Andrew Tan) is a freelance illustrator and an Eisner-nominated comic artist. He is the author of two graphic novels- Monsters, Miracles and  Mayonnaise and The Ollie Comics: Diary of a first-time dad. He enjoys experimenting with new art styles and drawing tools. His illustrations can be found in the children's series Sherlock Sam, magazines like the Young Parents, print ads and picture books. 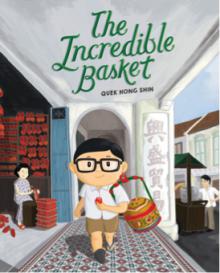 In this sequel to The Amazing Sarong, a beautiful Chinese wedding basket is used in myriad ways. Xiaoming delivers a batch of ang ku kueh with the basket, then fashions it into a prop for a lion dance. When the sun beats down on him, he repurposes the basket's cover as a hat! At home in a second-floor shophouse, the basket is attached to a rope to pass a comic book and a bowl of noodles.

Quek Hong Shin is a freelance illustrator who has illustrated several picture books including The Amazing Sarong, Lolly's Secret and the Ahoy, Navy! series for RSN's 50th anniversary. The Amazing Sarong was shortlisted for Best Children's Title at the Singapore Book Awards 2016. He conducts workshops for primary school children and is an advocate for Superhero Me, an inclusive arts movement for children with special needs. 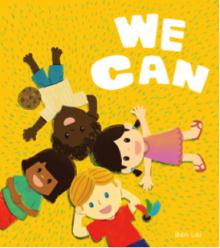 No child is an island! Join Ah Girl in her day-to-day interactions with her family and friends. Discover local culture and icons while exploring the many ways we can achieve more when we work and play with others.

A multidisciplinary designer and illustrator, Ben Lai is a picture bookmaker and an advocate of play. He draws inspiration from things that enable people to appreciate their relationships with our surroundings and people. 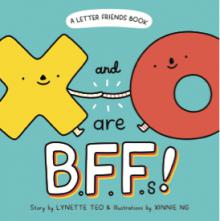 While A always gets to be first and Z has the final say, X and O are the quiet overachievers of the lot. X and O are BFFs! is a warm and light-hearted tale about X and O—best friends, partners in crime, the yin and the yang. This story is an engaging read about how X and O together, have a role in the language of love, music and play.

When Lynette Teo isn’t thinking up fun escapades for X and O, she is, oddly enough, a full-time copywriter. She is also a wife, daughter, sister, and a lucky mom to a happy and energetic five-year-old girl who inspires her to be better every single day. You can find more writing by Lynette at her blog, where she muses about parenting and other stuff.

Fuelled by the love of creative exploration, Xinnie Ng creates and concocts illustrative designs that brew and balance a love for the handwritten and digital. Born and bred in Singapore, her background in art, industrial design and intense people-watching guide her creative process and perspective.

Thank you for participating in the contest! The winners will be contacted with prize collection
details. 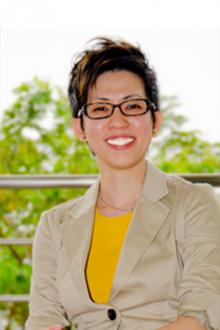 Dr Donna Lim (Chief Judge) is a lecturer with the National Institute of Education, Nanyang Technological University, Singapore. She specialises in primary English Language methodology. Her interest area is in developing literacy with a focus on teaching writing. She has considerable teaching experience with young learners and finds it fulfilling to work with fellow educators to enhance EL teaching and learning. Dr Lim serves as the Chief Judge for HABA 2020. 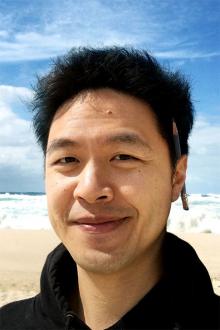 Charles Santoso loves drawing little things in his little journal and dreaming about funny, wondrous stories. He gathers inspiration from his childhood memories and curiosities he discovers in his everyday travels. He has illustrated books for publishers in the USA such as Simon & Schuster, Scholastic, Harper Collins, Penguin Random House, Disney Hyperion, Abrams, Bloomsbury, Little Brown and MacMillan. He has also illustrated the New York Times bestselling Wishtree book by Katherine Applegate. 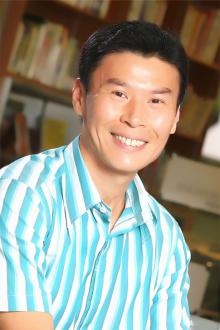 Lee Kow Fong (Ah Guo) holds a Postgraduate Diploma in Translation and Interpretation from Nanyang Technological University and received his MA in Children’s Book Illustration from Anglia Ruskin University in 2011. Besides teaching part-time at Ngee Ann Polytechnic, he is also actively involved in the promotion and creation of children’s picture books in Singapore. So far, he has published near to 20 books and is now a full-time illustrator.

Mrs Hedwig Anuar was the first Singaporean Director of the National Library of Singapore, a position she held from 1960 until her retirement in 1988. She put in place the foundations of the modern library system in Singapore and made contributions to all aspects of library work. This award recognises her outstanding contribution to children's librarianship and the promotion of books and reading for children.