Click on the images to see the full cover. 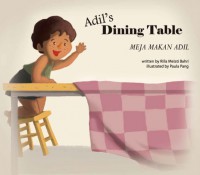 Adil uses the dining table imaginatively while playing games. When the table becomes shaky and the karang guni man takes it away, where will Adil play? The book is written as a read aloud book for parents to use with their children 3-6 years old. The book is also suitable as a bedtime story for small children.

Rilla Melati Bahri amalgamates education and entertainment and is a pioneer of Malay speech & drama programmes in schools in Singapore. She has trained teachers and facilitators, create content and program syllabus, give talks to schools and the public and setting the benchmarking in providing Singapore with a locally produced content in relearning the Malay language to suit the present generation of kids. She also introduced the idea of a bilingual Malay-English glossary in Siri Aksi Adil.

Beyond Folktales, Legends, and Myths

A Rediscovery of Children's Literature in Asia 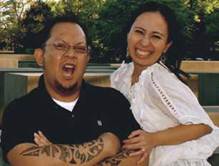 Jesus Federico Hernandez is an Assistant Professor at the Department of Linguistics, University of the Philippines in Diliman, Quezon City. As a historical linguist working on the genetic relationships of Philippine languages, he has conducted fieldwork collecting language data all over the Philippines. He lives in Quezon City with his three canine companions, Nigel, Matilda and Balto. 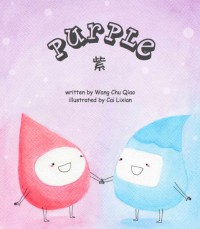 Purple tells the story of Blue as he seeks friends to mix with in the world of colours. Ridiculed by the family of warm colours and left alone by the neutrals, Blue finally stumbles upon the truth of his intrinsic beauty and finds a friend in Red. But will the rest allow Red to mix with Blue?

Inspired by the dynamics in the colour-wheel, this childhood allegory explores the developmental stage of socialisation through key themes of friendship, acceptance, discrimination, and the celebration of diversity.

Purple asks aloud the question in the heart of anyone who has ever wanted a friend: Do we lose ourselves or be transformed by the power of friendship? How far will we go to be accepted?

An independent writer, Chu Qiao also pursues her passion for the arts through directing and writing for film, theatre and books. Her first short film, 28 Days Later, was ’In Competition' at the 9th WFFIS, Korea (2007), while her feature writing credits included The Leap Years (2008), a local box-office hit. Her dance film collaboration URNOTME won the Special Mention award at the 6th A Corto di Donne film festival (2013) in Naples. Purple is her first children picture book. 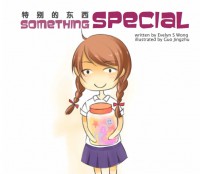 Mum and Dad are very happy that Jia Ying has a hobby she loves, but it is becoming a problem. They try, unsuccessfully, to help. One day, something happens. Everyone agrees Jia Ying’s hobby is a very big problem, except Jia Ying. She finally solves the problem, and understands what ‘something special’ means.

Evelyn S Wong is an independent consultant and writer, with over 35 years experience in Canada and Singapore as researcher, writer, educator, director and consultant in industrial relations, international relations, leadership and sustainable development. She has authored and edited publications on labour issues and corporate social responsibility. A Singaporean, born and raised in Canada, she celebrates the world through children’s literature and creative writing. 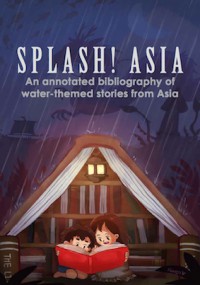 Do you love magical stories of water dragons, mermaids, and rainy adventures? The beauty of our lakes, rivers and oceans? The colourful world of sea creatures, from tiny seahorses to giant whales? Or the feel of cool clean water as you quench your thirst or go for a swim?

Do you love a good story?

Splash! Asia is a useful resource for parents, teachers, librarians, authors, illustrators and book lovers of all ages. This annotated bibliography was produced in collaboration with National Library Board (NLB), and with the support of PUB - Singapore's National Water Agency and the Primary School Water Festival, and other partners in celebration of the United Nations International Year of Water Cooperation. 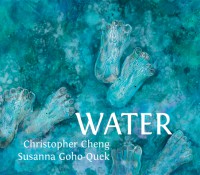 This superb picture book celebrates both the necessity of water in our lives. It also evokes, though the poetic use of words and images, a sense of awe and wonder about water in our world. Complemented by the deft use of impressionistic art style and water-colour as medium, the illustrations are like a visual haiku, capturing “in the moment” experiences of water in all its guises. This book is about provoking both the senses and the mind to take pleasure in the ordinary and experience the extraordinary.

Christopher Cheng
Christopher is a full-time children’s author with books in many genres in print and digital formats. He loves writing and talking about all things to do with children’s books. He lives with his wife in an inner-city terrace filled with children’s books, in Sydney, Australia and he is often heard to say that he has the best job in the world.
www.chrischeng.com

Susanna Goho-Quek
Susanna is a grandmother and artist who had her first solo art exhibition at the age of 45. Since then she has illustrated 3 picture books and 1 collection of poetry for children. She is constantly looking to innovate — with tactile art for the visually impaired, and her impART course in Malaysia to train refugee teenagers to become art teachers.
www.sugohoquek.com