Avery Fischer Udagawa, translator of the novel Temple Alley Summer, winner of the Mildred L. Batchelder Award, was recently interviewed by Daphne Lee, a Kuala Lumpur-based editor. The novel was translated from Japanese into English by Avery. She talks about how she got into translation, the challenges she faces when translating a book, and how she communicates with the writers. Here are some excerpts from their conversation. Check out the full interview here.

I tried different kinds of editing and translation and found myself gravitating toward children’s literature, partly due to starting a family and wanting my home and work lives to connect.

Daphne: Thank you for agreeing to this email interview. I enjoyed Temple Alley Summer, and look forward to reading more of the books you’ve translated.

Avery: It’s a pleasure to be in e-conversation with you!

How did you get into translating professionally?

I began by networking through the Tokyo-based Society of Writers, Editors and Translators, and through freelance writing about translation, such as for Kyoto Journal. I tried different kinds of editing and translation and found myself gravitating toward children’s literature, partly due to starting a family and wanting my home and work lives to connect. Once I began to focus on kidlit, involvement with the Society of Children’s Book Writers and Illustrators (SCBWI) Japan chapter became key for my professional development, as did participating in the Asian Festival of Children’s Content in Singapore—where I met you!

When you translate a book from Japanese to English what sort of guidelines, if any, are you given by the publisher?

Publishers seldom post submission guidelines for translations, but through speaking with editors at SCBWI events and AFCC, I have gotten a sense of which houses and imprints welcome translations, and what sorts of submissions they seek. They will often need a more extensive sample translation and pitch for a work from an unfamiliar author and/or translator and/or language, than they would in a case where they feel they know what they’re dealing with. It can be tricky for emerging translators, particularly of lesser-known material, to produce sample translations and pitches sufficient to interest publishers, yet not get trapped in an un- or underpaid “full-sample hellscape” (Anton Hur’s term). Grant funding can really help translators at this stage. So can translating short fiction to establish a track record.

What do you find most challenging when you translate a book and, in particular, Temple Alley Summer?

Children’s books are often set partly in school, and schools in different countries can look and feel very different, so it’s challenging to bridge the gaps. Japanese primary school, for example, has many aspects not found overseas (special indoor shoes that look like canvas ballet slippers; numbered class sections and small groups; summer homework). Yet especially when a book opens partly in a school, like Temple Alley Summer does, it’s important to give a sense of starting out in a well-known, predictable place—which is what the school setting does in the original. What I tried to do in TAS was clarify aspects of school that non-Japanese would need to know to follow the story, but not introduce so many that it would be overwhelming.

But mostly, being a translator does not involve awards! The joys are more intrinsic: discovering a way to evoke a character’s voice, smiling over a passage that you can’t wait to share with new readers.

Also, what do you enjoy most about translating?

Lately, it has been a real mountaintop experience to see TAS receive the Batchelder Award, which means that the translation will make its way into more English-language libraries (the Batchelder is conferred by the Association for Library Services to Children within the American Library Association). The award also generated renewed attention for the book in Japan. After asking the author to wait for years while I sought a publisher abroad, it was great to see TAS generate TV and newspaper coverage for her at home.

But mostly, being a translator does not involve awards! The joys are more intrinsic: discovering a way to evoke a character’s voice, smiling over a passage that you can’t wait to share with new readers. Also, the community of kidlit translators is wonderful. The working conditions (pay, crediting and so on) are often poor—and we agitate to change this, to make careers in this field more viable and the field as a whole more inclusive—but an upside is that people who translate kidlit into English despite the hardships are committed, supportive, and a family I treasure.

If you could translate any Japanese author or Japanese novel, what/who would it be and why?

I would love to translate many more of Kashiwaba’s books; currently, I am translating her novel Misaki No Mayoiga (The House of the Lost on the Cape) for publication next year. An animated feature film based on this book recently came out to acclaim.

I would also love to place the YA sports novel DIVE!! by Eto Mori, the middle grade first-love novel Happy Note (Satoko’s Plans) by Taki Kusano, and the Zorori Series by Yutaka Hara for early readers… the list goes on and on! 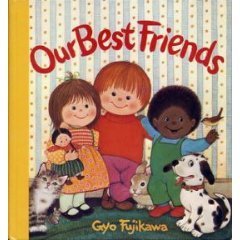 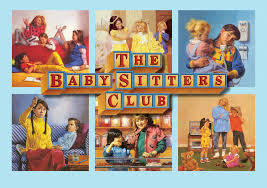 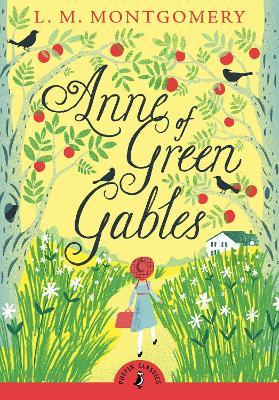 Bonus questions for Avery from the AFCC 2022 staff:

What do you do when you experience a writer's block, or translator's block if you will?

I use a screen reader to listen to my translation. This often gives me fresh ideas for revising it, for voicing it.

I think we all agree that we need more translations of children’s books. What do you think is necessary to encourage more of such translations?

I think it’s key to inform our industry about the linguistic diversity crisis that humanity is facing. According to the UN, “every two weeks a language disappears taking with it an entire cultural and intellectual heritage.” In her book The Fall of Language in the Age of English, Minae Mizumura (translated by Mari Yoshihara and Juliet Winters Carpenter) portrays how authors writing in their own languages helps to keep those languages vibrant. Publishing translations of books authored in languages other than English bolsters the income and careers of such authors, so it helps to safeguard linguistic diversity and is a great contribution to humanity. So, of course, is publishing world literature that expands the knowledge and sympathies of young readers—the most open group of readers in existence. Finally, if publishing houses credit and compensate translators well as part of this process, that’s yet another way in which they are contributing; they are making literary translation a more sustaining vocation and the field potentially more inclusive. So, the publishers of translations for children, or #WorldKidLit can contribute in many powerful ways at once—as can the people who buy their books! At a time when many of us feel powerless to address the world’s ills, I think that book people need to hear how much they CAN do.

What is something you would say to a budding translator taking their first step into children’s literature translation?

Know that the conditions in our field are improving but not ideal; this means that advocacy, for and with fellow #WorldKidLit shapers will be part of your job. In the words of veteran translator Laura Watkinson (Heartsinger, Lampie, The Letter for the King): “Network, network, network.”

Avery Fischer Udagawa will deliver the lecture Shifting Perceptions: Translating Stories from Languages Other Than English at AFCC 2022, as part of the Translation Forum.