Award-winning UK writer Piers Torday wants to keep on telling eco stories for children as he believes that it is never too late to confront climate change. He feels that the first step in writing about the natural world is to celebrate it.

As I write this, energy prices are rising at record, unsustainable rates across the globe. Last year, Europe recorded its hottest ever summer weather. There were devastating floods across the globe, from Germany to China. The Intergovernmental Panel on Climate Change (IPCC) released its starkest report on the chances of keeping global temperatures below 1.5 degrees (spoiler summary: not that great.) And we are still living through the worst global pandemic in a hundred years, the jumping of a zoonotic virus from animals to humans as much a crisis of the environment as one of public health.

We all hope and strive for the best, but who will live through this brave new climate? Our children, and their children. I began my latest book, The Wild Before, for those children as a response to Greta Thunberg’s urgent global call to arms, which inspired so many young people across the world to march for action on climate change.

The hero of The Wild Before is a little hare. He is charged with saving a precious newborn, a rare silvery ‘Mooncalf’, or a great Terribleness will befall the animals of his valley. A quest he knows he cannot complete alone, and yet despite the urgency, the hare struggles to persuade his fellow creatures that disaster is coming for their world unless they act together.

This story is a prequel to my Last Wild trilogy and what Little Hare sets in motion is concluded there. The themes through all four books have been constant for me, when writing about the climate change crisis for children. On one hand, emotionally engage readers in the fate of our planet through the adventures of animal characters – who, much like many children, are vulnerable and aren’t always listened to – but also inspire them with tales of courage, love and hope.

Those books awakened my interest in wildlife as a young reader, and now I hope to do the same in return for today’s children.

I grew up in the valleys and moors of rural Northumberland, and my abiding curiosity about the natural world was fostered in part by some of the classic children’s books set in the wild I enjoyed, where the landscape could be both a beautiful yet frightening place. Whether it was Mole getting lost in the dark woods in Kenneth Grahame’s Wind in the Willows, or the rabbits Bigwig and Hazel battling the terrifying General Woundwort in Richard Adams’ Watership Down, I realised that not only was nature red in tooth and claw, but that for wild animals, danger is often only a wingbeat away for wild animals. 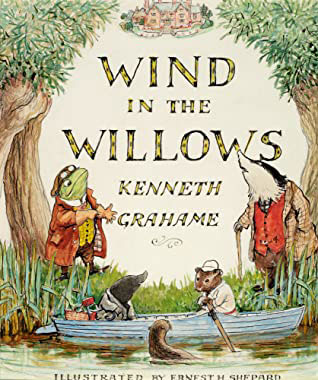 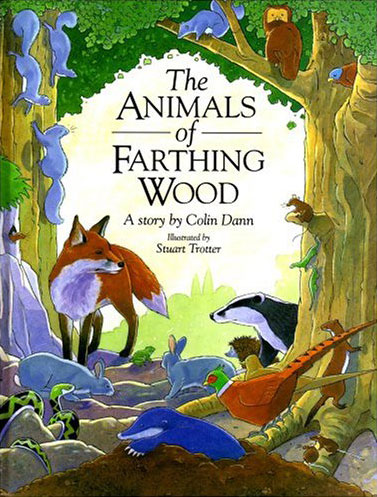 Those books awakened my interest in wildlife as a young reader, and now I hope to do the same in return for today’s children. Those childhood tales inspired The Last Wild series, which told the story of what might happen if the mass extinction of animals currently underway was allowed to reach its grim conclusion. The young hero, Kester, discovers he can speak to animals and using this special power, strains every sinew to save those left alive – and in doing so, saves the world. I wanted the prequel to be about what we might lose, if we do not act now.

From bird song to wild flowers, trees to hedgerows, hares to butterflies, I think the first step in writing about our natural world is to celebrate it. I want my readers to care for our ecosystem almost as a character in itself.

But I also need to acknowledge that the wildlife and plants I foreground in the story are under threat to emotionally engage readers in their long term future. Children often, I believe, respond to animals positively in fiction not just because they are instinctively caring, but that they also in some way identify with these small, vulnerable creatures that no other humans listen to. I put my hares through considerable peril. It is thrilling and occasionally frightening – but the child can take one step back because ultimately it is an animal, however beautiful and sacred, not another child facing the trauma.

By celebrating what we have, and not flinching from the tougher side of the climate crisis, I also work very hard to provide an optimistic message of hope. I don’t just mean a vague sense of hoping for the best, but authentic, powerful, resilient hope which comes from confronting fear in difficult situations. Little-Hare’s beloved fath-hare appears to his son in a dream, and counsels that to overcome the fate awaiting his fellow beasts, he needs to seek out the rare “flower of hope” – which he duly does.

I may have unintentionally written a novel featuring a plague, floods, and wildfires that publishes into a world where such horrors are no longer remote nightmares but reality. However, the wave of hope that will carry Little-Hare and his friends onto a better world is deeply intentioned. When I write eco-fiction for children, I don’t want them to be anxious. But I do want them to be active and engaged, and I want them to know – like my hare, little for his kind, that they are never, ever, too small to make a difference.

That’s why I keep on telling eco stories for children.

Because it is never too late.

Piers began his career in theatre and then television as a producer and writer. His first children’s book, The Last Wild, was shortlisted for the Waterstones Children’s Book Award and nominated for the CILIP Carnegie Medal. His second book, The Dark Wild, won the Guardian Children’s Fiction Prize. Piers completed an unfinished novel by his late father Paul (author of Salmon Fishing in the Yemen) and adapted The Box of Delights for stage.

See all sessions by Piers Torday