J.H. Low is the author-illustrator behind this year’s key visual, which illuminates AFCC’s theme of “Lit Up!” He sheds light on the process behind his work and tells us why illustration is not all child’s play.

I always marvel at how children are filled with curiosity, they are so full of imagination and wonderment. Such childhood innocence always makes me feel hopeful.

When was the moment you realised that you wanted to be an illustrator?

Actually, I am an author-illustrator; my interest is not just in illustration but also in storytelling through pictures and words. I enjoy drawing and painting from a very young age, and I like daydreaming and conjuring up stories too, so becoming an author-illustrator is just a natural extension of my childhood love.

How would you describe your illustration style? Is there a “J.H. Low” style?

I don’t intentionally look for a particular style, I just illustrate what comes to mind or what interests me at a particular point in time, so I don’t think there is a “J.H. Low” style. I see myself as a student of the craft and I enjoy the freedom and growth that come with exploring different ways of illustration.

What does AFCC 2022’s theme “Lit Up!” mean to you? How did you interpret this theme in your key visual?

The key visual not only shows light rays lit up from the book as various story characters emerge, it also shows the child’s face lit up with excitement. I always marvel at how children are filled with curiosity, they are so full of imagination and wonderment. Stories are so much more than just stories to them, stories are very much a real part of their world. Hence, when I saw the theme “Lit Up!”, I immediately connected it with how stories could ignite the fascination and passion of a child. Such childhood innocence always makes me feel hopeful and “lit up” my own spirit.

How did you come up with the different elements in the key visual?

I wanted various story characters to leap off the page as the child turned the page of the book; I wanted to show that stories are real, at least to children, and they had the potential to “lit up” a child’s world. So I worked with friends from the Singapore Book Council to explore what were the characters that best represented Asian cultures and also captured a shared global affection for mother nature.

J.H. Low at work in his home studio.

What is your process like? Do you start with an image in mind?

It is hard to say definitely what the process is like as it can vary from project to project. Sometimes I have to be very deliberate in seeking out a solution, sometimes an image just comes to mind almost instantly, and sometimes, it’s just serendipity. When I was first given the theme for this project, I intuitively had the idea of a child reading a book and the world just “lit up” around the child. I thought the idea was filled with energy, filled with hope. So I began to make sketches and explore what would be the best way to capture that idea, which eventually brought me to the final illustration.

What is the one thing that people often overlook or underestimate in illustration?

For some reason, many people have the perception that illustration is the poor cousin of fine art. I have seen fine artists scorn at illustration works as if they were unworthy of their attention. For me, there is no distinction between illustration and fine art, they both require an immense amount of practice and thoughtfulness to be really good at. Good illustrations are as capable of touching human soul as any art form.

Good illustrations are as capable of touching human soul as any art form.

What are some of the myths you’d like to bust as a children’s book author and illustrator?

There are people who think that writing a picturebook is child’s play, this cannot be further away from the truth. So I will answer this question with a quote from one of my favourite children’s book author-illustrators Maurice Sendak:

“[the picturebook] is a damned difficult thing to do, very much like a complicated poetic form that requires absolute concentration and control. You have to be on top of the situation all the time to finally achieve something that effortless.”

Why are books important?

An old Chinese proverb says that there is a golden house built inside a book (书中自有黄金屋). Books capture everything worthwhile about the human world, they capture knowledge, they capture imaginations, most importantly, they capture hope!

Take a peek into the books that lit up J.H. Low’s passion for picturebooks 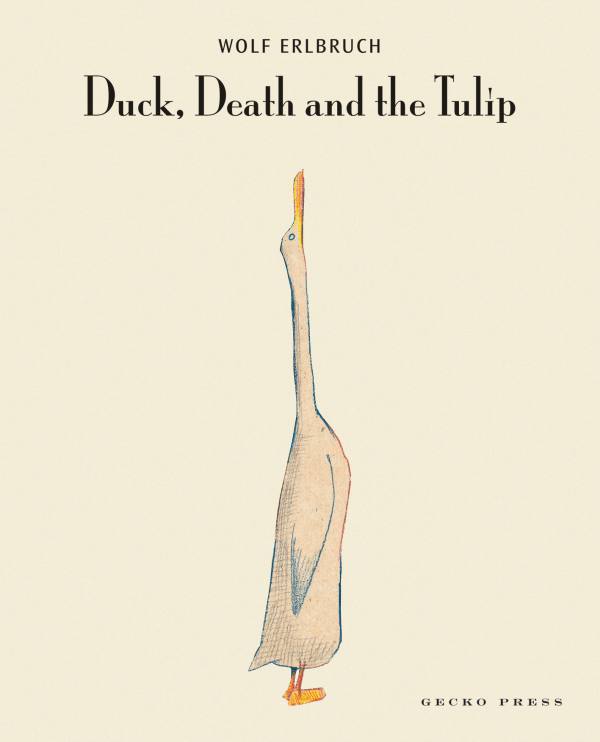 Who are your favourite children’s book illustrators and authors? Who or what are some of the biggest influences on your work?

I draw inspiration from many sources, for example, in my most recent published book Mr Goodchild, I studied books by Shaun Tan, Chris Van Allsburg and Haruki Murakami, paintings from Edward Hopper and Edgar Degas, and even films like Twelve Monkeys and Being John Malkovich.

What other themes / concepts would you like to explore in your future work?

I am very much interested to continue with what I have done with Mr Goodchild, that is, to use the picturebook art form to explore existential topics and human nature. I think storytelling with pictures is absolutely fascinating as pictures leave so much space for readers’ interpretations and personal engagement.

J.H. Low's new book Lemonade Sky recently made the list in the White Ravens catalogue; he is also the author-illustrator of the new graphic novel Mr Goodchild.

J.H. Low has a degree in fine art, a MA in Children’s Illustration, and a PhD (in The Expressive Potential of the Picturebook Form). A 2016 finalist for Best Children’s Title in the Singapore Book Award and the first runner-up for the 2019 Scholastic Picturebook Award, J.H. Low is known for his masterful artworks and creative narratives. His recent picturebook Lemonade Sky is featured in the White Ravens catalogue 2021. His latest published book is Mr Goodchild, a cryptic graphic novel that revolves around the life of an anthropomorphic goat.