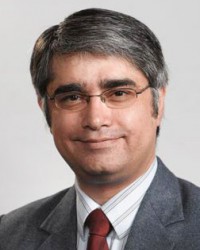 Based out of DNAP’s Singapore office, Vikram Channa works closely with Discovery Networks Asia Pacific’s (DNAP) country heads to provide editorial direction on matters. Channa and his team produce approximately 100 hours of programming every year across DNAP’s portfolio of brands. Channa first joined Discovery in 1995. He has taken on various roles within the company from on-air promotions to programming and production. Together with his team, he executive produced over 500 documentaries, several of which garnered accolades at events such as the Asia Television Awards, New York Festival, Omni Intermedia, and the Academy Awards. Channa began his working career in India as an independent producer of short films. He has a Masters in both History and Film and Television Production from New Delhi, India, and also holds an MBA from the Booth School of Business, University of Chicago, USA.