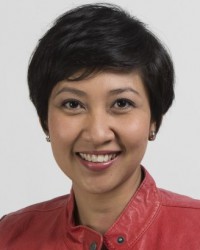 Sharon’s passion has always to do with words, whether spoken or written. In 2007, Sharon won the First Time Writers & Illustrators Grant (under MDA & NBDCS) and published her first children’s book based on her mother’s childhood called What Sallamah Didn’t Know. The book is in its third print and has been adopted as a Primary 6 English text under the Ministry of Education’s STELLAR syllabus. In 2013, Sharon co-authored two bilingual (English/Malay) picture books with Rilla Melati Bahri called Makan Time! and Ati’s Baju Melayu under the Lee Kuan Yew Bilingualism Fund. These pre-schooler books come with an audio CD of these stories narrated by both authors, possibly a first for and English/Malay picture book written in Singapore. She hopes to publish sequels to her books in the near future.