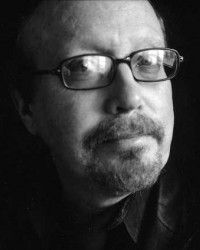 Matt Costello’s award-winning work, across all media, has meshed story, gameplay and technology.

He has written and designed dozens of award-winning and best-selling games including The 7th Guest, Doom 3, G-Force and Pirates of the Caribbean. He scripted and created the game world for Id’s major release on all platforms, Rage, and also wrote the Random House novel based on his game.

His novel Beneath Still Waters was filmed and released by Lionsgate. His recent novel, Vacation, was a major 2011 release from St. Martin’s Press, and the sequel, Home, was published this past October. St. Martin’s/Macmillan will also release his SF epic novel, Star Road, in 2014.

Matt's children's books include the series The Kids of Einstein Elementary (Scholastic) and Magic Everywhere (Random House). His games for children include the award-winning Aladdin’s Mathquest and Hercules, both for Disney, as well as major games for Scholastic and PBS.

Matt has written episodes and created TV formats for PBS, Disney, SyFy, and the BBC. He consults on story, games and multiplatform projects around the world, and has also created interactive installations for The British Museum, Disney and, with Neil Richards, for Buckingham Palace.