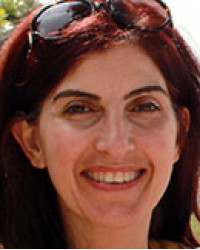 Fatima Sharafeddine is a writer and translator of children’s books. She is an award winning author who has published over 100 books. She lives between Belgium and Lebanon, and participates in several international book fairs as well as offers workshops in writing for children. Most of her books are published in Arabic, and several have been translated to various European languages, among which are Dutch, Danish, Spanish, French, German, and English.