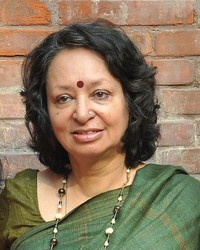 Author, poet and translator, Deepa Agarwal writes for both children and adults and has over 50 books published. Born in the small town of Almora in Uttarakhand, Deepa taught English in a women’s college before becoming a full time writer. She has received awards like the N.C.E.R.T. National Award for Children’s Literature in 1993 for her picture book Ashok’s New Friends, which debunks gender stereotypes, while her historical fictionCaravan to Tibet was on the IBBY (International Board on Books for Young People) Honour List 2008. Her work has been translated into several Indian and foreign languages.