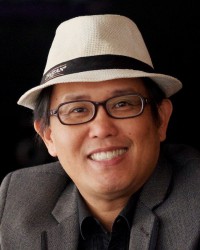 Danny was bandleader of one of Singapore's most travelled bands, Ublues. The band performed in countries such as Australia, Spain, Italy and parts of Asia. Ublues received critical acclaim in USA at the "International Blues Challenge" in Memphis USA in 2003 and shared the same billing with James Brown, Bob Dylan, John Legend to name a few at international festivals. Danny with partner Edward Chia, started Timbre Group, a holding company with a diversified portfolio of music lifestyle brands. This ranges from food and beverage concepts such as the Timbre chain of live music restaurants and bars, as well as a music education arm, Timbre Music Academy.