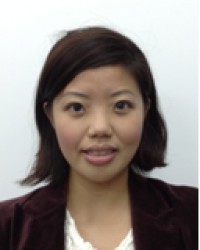 Ms. Cathy Han, President of BIG BIRD Creative Co. and Vice President of the BIG corporate group, plays an instrumental role in forming strategic cross-country alliances and JV’s for transmedia projects. Cathy’s Wall Street experience and management consulting background gives her an edge on strategically positioning creative content and projects for international markets. She was the honorary speaker for the 2013 KOPUS Open Forum on “The Future of Asian Content “ and has been a strong advocate for transmedia collaboration.

Prior to BIG, Cathy was Executive Director of New York Chinese Cultural Center and senior consultant at Deloitte Consulting’s NYC headquarters. She served on a number of nonprofit boards and received dual MPA’s from Columbia University and the London School of Economics and held an undergraduate business administration degree from UC Berkeley. She has recently been appointed as Director of International Films for the 2014 Australia-Asia Film Festival in Australia.